The sudden rush of fame allowed the brothers to form the Duryea Motor Wagon Company and produce early 1900s cars. Orders began arriving soon and unofficially, the American automobile industry was born as the brothers manufactured the first of 13 vehicles in 1896. But by the end of the century they had split up, destroyed by envy and greed. Their place in automotive history was secure though they would play relatively minor part in the development of future 1900s cars.

Above, the Duryea Brothers. They were successful in the beginning but it was a short-lived success.


It was a blacksmith's son from Lansing, Michigan who put the automobile on the main streets of America. His name was Ransom E. Olds who was only 18 when he hooked a steam engine to a three-wheeled vehicle and took off for a ride around his neighborhood. Despite his youth, he perceived that steam engines had a tendency to explode. He was ahead of his time when he had the intuition that gasoline, which was then abundant and cheap, would fuel fuel the early 1900s cars as well as future cars. He began to work of an internal combustion engine of his own. He also was among the first of the American investors to recognize the need for an automobile that was functional and reliable, a car for everyone.

Over the course of the next year, Olds produced eleven different models priced differently. He was trying to decide which car would need priority in production but fate intervened. A fire made the decision for him when all models except the Runabout - a small buggy with lightwheels and a curved dashboard were destroyed in that fire. Powered by a one-cylinder engine not unlike the present day's lawnmowers, the Runabout had speeds of three to twenty miles.

In the case of the Runabout, necessity was indeed the mother of invention. In order to survive the competition of 100 different brands of horseless carriages, his early 1900 cars had to be manufactured in a different way. Olds came up with the idea of outsourcing the parts to small manufacturers. Of course, that word "outsourcing" was not yet known at that time but that idea was a major breakthrough in automobile manufacturing. He contracted with other companies to make some of the parts for his cars. The final product would then be assembled in his factory. This method was indeed revolutionary during that time. Each individual part would then be interchangeable - exactly as all other parts of the same car. As a result, Olds' assembly line was able to produce a great number of cars in a relatively short period of time.

It is therefore noteworthy to make reference to the astounding results of this partnerships. Several subcontractors hired by Olds later became famous for their own accomplishments. The Dodge brothers who supplied transmissions to Olds were big players in the history of the automobile. Olds' engines were supplied by Henry Leland who would later found Cadillac and Lincoln. Fred J. Fisher would later be body maker for General Motors. These were the pioneers, proponents of early 1900s cars.

Henry M. Leland, who founded the Cadillac Company built on Ransom Olds' idea by coming up with standardized parts that could be interchanged among several models of these early 1900s cars.


Although Olds and Cadillac developed the idea of standardized and interchangeable parts, it was Henry Ford

who developed mass production and made possible rapid production of the early 1900s cars.

The basic idea of interchangeable parts made possible the assembly line. Whereas before it took 12 hours to assemble a Model T, by 1914, new Model T's now come off the assembly line at the rate of one car every 24 seconds and with that speed, the price of these early 1900s cars came down to $290 - a price within reach of the average car buyer.


In 1908 the Ford Motor Company produced the famous Model T Ford. His idea was to produce and motor car that the average person could afford, operate, and maintain. The first Model T Ford sold for $850.00.

The basic idea of the assembly line was to move the car on a moving conveyor belt while workers on each side added parts as the car moved along. Often the parts were brought to the workers on another conveyor belt. Each worker had a specific relatively simple task to perform as compared with assembling an entire engine. The use of standardized interchangeable parts also produced a better product that could be easily repaired at lower cost. Before the assembly line, it had taken more than twelve hours to assemble a Model T. New Model T's now come off the assembly line at the rate of one car every 24 seconds. By 1915 the price of a Model T had dropped to $440.00, and by 1925 a Model T could be bought for $290.00. The early 1900's cars now are within reach of the average car buyer. 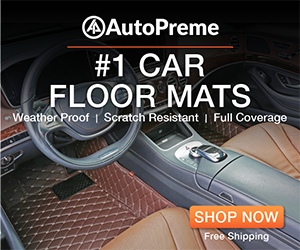 The early 1900s cars also benefited from major advances in automotive technology. In 1912, the electric starter, an electric motor that starts the gasoline engine, was invented. It made the operation of the 1910s cars a lot easier. Before its invention, the gasoline engine had to be started by cranking it by hand. This took considerable strength and was also dangerous. If the car were not cranked properly, the crank could kick back and cause a fractured thumb or arm. These early 1900s cars were a pain in the behind.

World War I proved the value of the gasoline automobile. Trucks and ambulances were used in great numbers during the war, and the war proved to be a testing ground for automotive design.

The early 1900s cars underwent many changes from 1900 through 1920. During this time, closed cars that protected the drivers and passengers from sun and rain became more common.

More about the early automobiles

Leasing a Car - What You Need To Know