The 1960s Muscle Cars - Their Beginnings and Their Downfall

1960s muscle cars are a product of the Classic Car Era. They evolved from the pent-up consumerism that exploded after World War II. Overnight, it seemed American consumers opted for bigger and faster cars. Muscle Cars appeared at a time when Detroit was trying to stop the invasion of imported cars led by Volkswagen and included Fiat, Renault , Datsun (now Nissan), with new, light-weight models like the Corvair, Falcon and Valiant.

The term muscle car generally describes a mid-size car with a large, powerful engine (typically, although not universally, a V8 engine) and special trim, intended for maximum acceleration on the street or in drag racing competition. It is distinguishable from sports cars, which were customarily considered smaller, two-seat cars, or GTs, two-seat or 2+2 cars intended for high-speed touring and possibly road racing.

Muscle cars are high-performance automobiles, principally referring to American models produced between 1964 to 1971. During the period these vehicles were interchangeably (and more commonly) described as supercars. The term "Muscle Car" was spawned by the horsepower race. Most give credit to John Z. DeLorean and the Pontiac GTO. The 1964 Pontiac Tempest GTO ignited the muscle car boom by giving the small-car, big-engine make an identity of its own.


The project was technically a violation of General Motors policy limiting its smaller cars to 330 cu. in. (5.4L) displacement, but it proved far more popular than expected, and inspired a host of imitations, both at GM and its competitors - well-known 1960s muscle cars brands like

The general trend towards factory performance was a reflection of the importance of the youth market. A key appeal of the 1960s muscle cars was that they offered the burgeoning American car culture a selection of vehicles which were priced just within reach of young people with strong street performance that could also be used for racing. The affordability aspect of these 1960s muscle cars was quickly compromised by increases in size, optional equipment, and plushness, forcing the addition of more and more powerful engines just to keep pace with performance.

A backlash against this cost and weight growth led in 1967 and 1968 to a secondary trend of "budget muscle" in the form of the Plymouth Road Runner, Dodge Super Bee, and other stripped, lower-cost variants of these 1960s muscle cars.

Even though the sales of true muscle cars were, compared to total Detroit production standards, modest they had considerable value in publicity and bragging rights. They also served to attract young customers into showrooms who would then buy the standard editions of these mid-size 1960s muscle cars. Models such as the AMC Rebel Machine, the COPO (Central Office Production Order) Chevrolet Chevelle, and Super Cobra Jet Ford Torino

were factory upgraded to be turn-key drag racers. The fierce competition led to an escalation in horsepower that peaked in 1970, with some models of 1960s muscle cars offering as much as 450 gross horsepower.


Unfortunately, the muscle cars' performance soon became a liability during this period. The automotive safety lobby, which had been led by Ralph Nader, policed the sale of such powerful 1960s muscle cars particularly to young buyers . At the same time, efforts to combat air pollution compelled Detroit to emphasize emission control, rather than power. The situation was exacerbated by the OPEC oil embargo in 1973 that led to gasoline rationing. Soon, With all these forces against it, the market 1960s muscle cars rapidly evaporated.

The Clean Air Act of 1970 called for pollution control devices that hampered performance. By the time congress passed the Average Fuel Economy (CAFE) rule in 1978 the Muscle Car seemed doomed forever. While performance cars began to make a return in the 1980s, reminiscent of 1960s muscle cars, spiraling costs and complexity seem to have made the low-cost traditional muscle car a thing of the past. Surviving models of those 1960s muscle cars are now prized collectibles, some carrying prices to rival exotic European sports cars.

General Motors discontinued its Camaro and Trans Am models in 2002 (along with the short-lived 1994-1996 Chevrolet Impala SS), leaving the Ford Mustang as the last surviving semi-muscle car built in the states, Chrysler having discontinued its muscle cars after 1974.


The era of 1960s performance cars seemed to have taken a turn with the 1960 Chrysler 300F. In the formative years of factory performance, automakers reserved their hottest engines for their largest and usually most expensive models. Early Chrysler 1960s muscle cars were best expressed by the stylish and exclusive "letter-series" machines The first of these was the 1955 C-300 with its 300-bhp Hemi-head V-8. The 1960 Chrysler 300F continued the tradition of power with its special trim and a sporty interior that boasted four bucket-type leather seats and a full-length console.

In the 60's, Ford changed the direction of the Thunderbird from its two-seater origins, when it was launched as direct competition to the Corvette. But sales were good, an evidence of how much the public liked the 1960 T-bird. These 1960s muscle cars sold over twice as many cars as the 1958 model. Unitary construction was adopted in 1958 to make the car handle better, but it also featured a dropped floor pan to lower the ride height and, thus, the centre of gravity making the ride of these 1960s muscle cars more stable. Coil springs all around gave an excellent ride quality, and although the car wasn't as sporty as the original T-birds, it was quieter and more refined. However, it was one of the speediest 1960s muscle cars of its day, which was one reason it sold well in those horsepower-hungry times.

In 1960 Chevrolet introduced the XP700 Corvette experimental car. The 1962 Corvette was a high performance car, with an optional but powerful V8 engine. Some of them were further equipped with fuel injection and aluminum cylinder heads. This was a fast car by the standards of its time. The Corvette was an eye-opening American car for its time.

The Chevrolet Camaro was introduced in the North America in 1967. This was General Motors competition for the Ford Mustang. Although it was classed as a compact car (by the standards of its time) the Camaro like the mustang was classified as an intermediate sports car, or muscle car - one of the most enduring 1960s muscle cars. 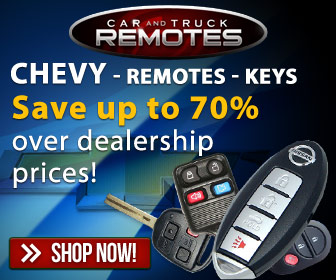 The 1968 Plymouth Road Runner created the budget-muscle market and was among the most influential 1960s muscle cars.


In 2004 the Pontiac GTO returned to the market as a rebadged Holden Monaro, imported from Australia.

In the spring of 2004 Chrysler introduced their LX platform, which serves as the base for a new line of rear-wheel drive, V8-powered cars (using the new Hemi®-engine), including a four-door version of the Dodge Charger. While purists would not consider a four-door sedan or station wagon nearly close as those 1960s muscle cars, the performance of the new models is the equal of many of the vintage muscle cars of legend.

Dodge has also been developing a new performance vehicle under the Challenger badge, which borrows styling cues from its older namesake. The prototype made its debut at the 2006 North American International Auto Show.


For 2003, Mercury revived its old Marauder nameplate, as a modified Ford Crown Victoria or Mercury Grand Marquis. Sales were poor, just like those of its 1970s predecessor, and it was discontinued after two years. However, the last few years has seen an enormous increase of interest in The American Muscle Car. Hollywood. Movies like Gone In 60 Seconds (the recent re-make); The Fast and The Furious; Starsky & Hutch and The Dukes of Hazzard has re-awaken the image of power when we think of Dodge, Ford and Chevrolet and those 1960s muscle cars that were an important part of the American past.

This recent increase in popularity of the 1960s Muscle Cars has been reflected in their price. A vintage '65 - '72 Muscle car can now cost as much as $100,000 and possibly more depending on availability, demand, and condition of the vehicle.